You must login to ask a question.

Please briefly explain why you feel this question should be reported.

Please briefly explain why you feel this answer should be reported.

Please briefly explain why you feel this user should be reported. 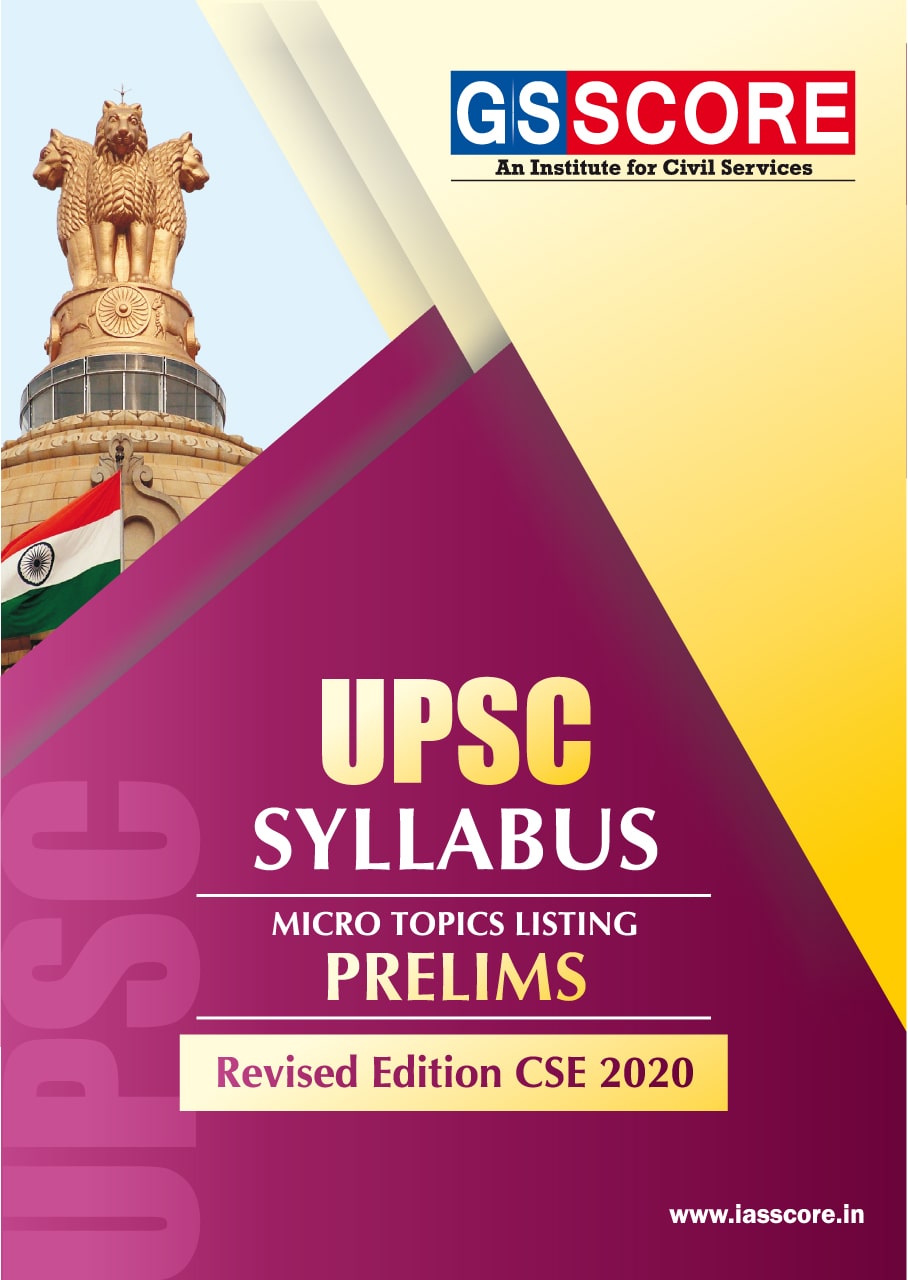 IAS Syllabus for Prelims : Micro Topics Listing Union Public Service Commission has drastically changed the IAS syllabus of Mains Examination since 2013. Now instead of two optional papers, student need to opt only one optional paper. Thus the Weightage of General Study has increased. The syllabus has been defined by the UPSC. However, apart from the key topics that are directly mentioned in the UPSC (IAS) syllabus, many micro-topics that lies in the periphery of such topics are also asked in the examination. We are hereby listing the micro division of topics mentioned in the syllabus. This will help the aspirants in understanding the length and breadth of the topics mentioned in the syllabus, so that they can increase the range of information and knowledge needed to score good marks in Prelims and Mains examination. (Micro Topics Listing: Download UPSC Exam 2019 Civil Service Syllabus PDFs.)

The Civil Services Examination is conducted by the Union Public Service Commission. It is one of the toughest exams in the country and every year thousands of candidates appear for the examination. The exam is conducted every year for the recruitment in the prestigious Indian Administrative Service (IAS), Indian Police Service (IPS), Indian Foreign Service (IFS), Indian Revenue Service (IRS), etc. The UPSC syllabus is common for all these services.

The UPSC Prelims syllabus can be divided into two parts

The syllabus for the Preliminary Exams for Paper-I:

The syllabus for the Preliminary Exams for Paper-II:

Note 1: The questions in both Paper-I (current affairs) and Paper-II (aptitude test) will be of multiple choice, objective type for 200 marks each and the time allotted for each paper is two hours.

Note 2: The CSAT aptitude test or Paper-II will be a qualifying paper only with a minimum of 33% to be secured to qualify for the Mains exam.

UPSC Prelims Syllabus for GS I In Detail

The GS I paper in the IAS prelims comprises of topics from history, geography, economy, polity and governance, general science, and most importantly current affairs. The subtopics are mentioned below.

In UPSC Prelims (and in Mains), the focus on dynamic questions has increased in recent years. Even from sections like Polity which were considered to be static, more and more questions seem to have their base in some recent issue/topic in the news. Moreover, Indian Economy and Environment portions in the UPSC Prelims Syllabus focus mostly on Current Affairs.

The UPSC 2020 notification was released on February 12, 2020. The UPSC notification gives all the relevant details about the exam, how to apply, UPSC syllabus, eligibility criteria, etc.

The syllabus of UPSC Prelims GS 1 mentions that the paper will have questions on “History of India and Indian National Movement”. This is a broad classification and to prepare History as per UPSC Prelims syllabus, candidates need to use “divide and conquer” so as to speak.

The art, culture and architecture in the ancient and medieval times are quite important from the IAS exam perspective, although it isn’t specifically mentioned in the syllabus for UPSC Prelims.

As History portion overlaps in UPSC Syllabus for Prelims and Mains, aspirants should make notes keeping in mind the descriptive nature of questions in IAS Mains, and practice MCQs for Prelims.

Polity is a crucial subject and an integral part of the UPSC civil services exam. Whether it is for the UPSC prelims or the mains examination, polity is a vital part of the syllabus. It is one subject from which many questions are asked every year.

The UPSC Syllabus for Prelims mentions the broad topic Economic and Social Development which includes Sustainable Development, Poverty, Inclusion, Demographics, Social Sector initiatives, etc. While Indian Economy portion is common to the syllabus of UPSC Prelims and Mains, Economics is also an Optional Subject in the UPSC Mains.

For UPSC Prelims, the focus should be on current affairs related to the Indian Economy and basic concepts.

If we look at recent trends we can find that UPSC is not asking questions from traditional part of General Science most of the questions are from news i.e. current affairs but there are few sections which can be read for understanding articles in news

Thanks for Reading. Keep Reading, Keep Supporting the society.

Raus IAS Prelims 2023 Test 3 With Solution PDF All these PDF’s which are provided here are just for Education purposes only for those who can’t afford paid materials. Please utilize them for building your knowledge, fulfill your dream and ...

All these PDF’s which are provided here are just for Education purposes only for those who can’t afford paid materials. Please utilize them for building your knowledge, fulfill your dream and don’t make them Commercial. We request you to respect ...